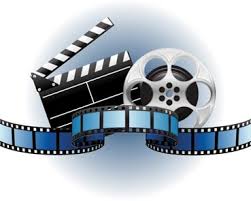 After reading a review on A.D. The Bible Continues: “The Body is Gone,” I wondered why the reviewer didn’t denounce the film as harmful.  He pointed out the lack of the Gospel, the distortions and additions, but used the words “pleased” and “refreshing” concerning the rest of the film.  I also wondered: would pastors recommend to their congregations a Bible leaving out the Gospel, and seeded with extra-biblical insertions and distortions?

Maybe if I expose the miniseries as a new bible version, more influential leaders would oppose it.  It could be called, The Theatrical Bible Version.

“All the offensive reminders of sin are removed along with the Gospel.  It’s entertaining, unlike the other Bible versions that are less artistic.”

The standard for compiling The Theatrical Bible Version is “shoulda, woulda, coulda.”  It should have its own tablet so that people don’t have to read it.  They can just tap on the link for John, and all they need to know shows up in video.  (Have I just given those heretics an idea?)

More questions came to mind.  Are films, Hollywood stars, and producers exempted from the warning not to add or take away from God’s Word? If the Bible can be subjected to mutilation and perversions, then popularity and prominence dominate truth. Further, who said we now need a conveniently altered film/bible to reach the lost? If they are saved under a no-Gospel presentation, are they actually converted?  What will they need to keep them saved? More films? If the Bible is not enough to save them, how can it be enough to keep them saved?

It grieves my spirit to see influential Christian leaders groveling before megalomaniacs and capitulating to their agenda. Are you reading this, David Jeremiah and George Wood?

Concerning The Theatrical Bible Version, AD: The Bible Continues, I marvel that professing Christians are accepting the same concoction that Satan introduced in the Garden of Eden.  It is truth mixed with error.  The proportion is usually 90% or more truth, and 10% or less error.  The error does not have to be ample as long as it is deadly.  One drop of cyanide in a glass of pure water—would you drink it?  Would you choose it over a glass of pure water?  Then why feast on a movie that purports to be the Bible, yet is laced with drops of spiritual cyanide? 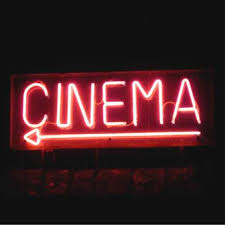 Oh, I get it.  It’s just a movie.  People who make that defense will in the next breath declare how much greater movies are than the printed word in reaching people.  In other words, while the Bible that contains no error is considered the weaker media, it is okay to imbibe from a “more powerful” Hollywood medium that contains error and omissions.  Does this mean that the Holy Spirit prefers to use lies and obscurity nowadays?  Who made that assumption a new rule?

They ignore the truth that a “little leaven leavens the whole lump,” and “neither give place to the devil.”  It is all about experiencing religion with the least exertion, involvement, and commitment.  They want to get in and get out, like using an automated car wash.  If rubbing a sizeable dose of satanic caramelized elixir on the bread of life makes it palatable, they’re all for it.  When they need a “fix” for their addiction to visuals and sound effects, it’s “Forget the rules, give me the show!”  The fact is that many professing Christians are just as set up and willing for Satan’s Lying Signs and Wonders Show as the World System.

It is truly easy to recognize and avoid the deception.  All that is necessary is to fully surrender to God, love His truth and righteousness, and maintain the power in our godliness.  However, if individuals feed their carnal nature, they will eventually want deception more than a relationship with God, and Satan is waiting for them.  All he has to do is make the deception more appealing than God.  It’s like, “Hey, you with that Bible.  You wanna watch a really good movie?”

I wonder if they can be warned effectively.  They are like people who ignore the evidence of broken lives, shattered dreams, wasted humanity, of 51% of federal inmates, 25% of female and 16% of male inmates in State prison, and yet go ahead and smoke crack cocaine or take meth.  “It won’t happen to me,” are their famous last words before succumbing to horrible bondage.  Likewise, professing Christians confidently dive into the septic pool teaming with diluted scriptures and spiced beyond God’s “yea and nay.”  In spite of the warnings by Christians and the Bible, they soak up the theatrical pseudo-bible while their hard copy Bibles gather dust from Sunday to Sunday.  In fact, many do not take their Bibles to church meeting anyway.  The ones that do only carry them as an accessory.

The truth is that many professing Christians are bored.  They are not necessarily bored only with God’s word.  They seldom read or study it.  They are bored with Churchianity, bored with meetings and all the trappings, bored with the preaching, and bored with the same old, same old.  They’ve joined a world hooked on visuals—movies, texting and social media.  It appears that everything else is ineffective in reaching them.

But it isn’t that the Holy Spirit is ineffective.  It’s more the fact they will not give Him any more access than they do people or reality.  They prefer the virtual world and its scintillating technology.  The problem is that they are trying to fit Him into the technological world, crediting Him with what the technology is accomplishing.  It’s a roundabout way of sanctioning their projects by association.  Not that technology is evil, but that it cannot replace our relationship with God and the prominence of the Holy Spirit in that relationship.

So what do we do next?  What is the solution to the majority of professing Christians throwing all caution to the winds and dancing into a cloudy maze of deception?  The truth is, just as we cannot stop prophecy from occurring, we cannot eliminate the broad path.  As heartbreaking as it is, there will be people who, in spite of every opportunity to do and be otherwise, will veer onto it.  It is their choice.

There need to be many more pastors and churches on a local level calling out warnings to them, but that’s not happening.  Instead, they are promoting the very bondages they ought to be exposing and warning about.  In this flipped upside down world, the shepherds have become sheep.  The replacement shepherds are wolves.  How amazing that this would occur in a nation that God has blessed so greatly!