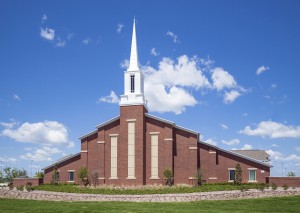 Why are professing Christians so passive during an unprecedented encroachment of evil on Christian liberty in America?  There are the standard reasons.  They are apathetic, weak, backslidden, hypocritical, etc.   We could make a case for one or all of those things.

I also believe that many professing Christians abhor any negative information, especially what they believe to be “doom and gloom.”  They’ve shut their minds to everything relative to eschatology.  Thus, they cannot recognize historical precursors for full-scale violent persecution.  A large faction believes that Christ is going to “come and get us before all the bad stuff happens.”  They refuse to recognize that “bad stuff”, including the wanton slaughter of Christians, is already occurring in other nations.

However, I believe that there is another major underlying factor that may be responsible for all the other factors resulting in obstinate passivity.  And it is simple.  There is no threat to their status quo.

Most professing Christians “go to church” and listen to sermons.  That’s what they do to no viable end.  They get the family ready on Sunday morning and they head to a church building.  When they get back home, they put it behind them like a dental visit.  They watch sports on TV, go fishing, play golf, shop, and basically reward themselves for “doing church.”  Most of them do not attend the Sunday night meeting, if their church has one.  In other words, the Sunday morning event has minimal impact in their lives.  It simply satisfies the inherent urge to be religious.

Monday through Friday, they focus on the cares of life with little or no expression of Christianity.  Saturday, they enjoy the day off.  Sunday rolls around and it’s off to the church building again.  It is the stuff of “hearers-only” religion.

So where’s the threat?  So what if the militant Homosexual/Progressive Liberal Movement attacks a Christian florist, cake maker, or some other Christian business.  The congress passes so-called hate crime and anti-discrimination laws intrusive to Christians.  So what?  Radical atheists get angry about nativity scenes.  Department stores refuse to say “Merry Christmas.”   Some bank teller gets fired for saying, “Have a blessed day.”  The Ten Commandments are removed from a courthouse.  So what?  New Age paganism is a swarming invasion.  Entire denominations are succumbing to Contemplative Spirituality.  So what?  It doesn’t even slightly hinder the routine of “going to church” on Sunday.

Therefore, even though there is a concerted effort to force acceptance of the homosexual agenda on the workplace, the marketplace, public education, churches, government, military, and you name it, it does not significantly hinder the status quo.  Professing Christians can still “go to church,” hear sermons, and coast along enjoying their “best life now.”  Warned repeatedly about the invasion of heresy in the church, and the rapid declension of culture into hedonism, they refuse to process the information as a threat. 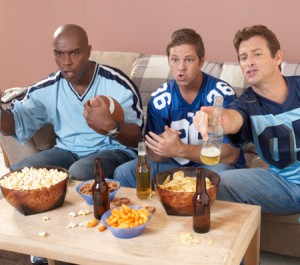 The fact is, far too many professing Christians consider the diabolical intrusions as “much ado about nothing.”  Everything goes on as before.  Besides, they do not actually practice Christianity in public anyway.  So where’s the loss in having something pilfered that you never bothered to use?

You know what’s really pathetic?  We have history to inform us about the pattern that evil employs to gain dominance over and then persecute Christians. But people do not (or refuse to) recognize the first step by Christophobes toward abolishing our liberty.  It is to poke the sleeping giant.  What I mean is they begin by caricaturing and then challenging public expressions of Christianity.   If the giant does not awaken, they go a step further and remove liberties by legislation.  They continue to poke and gouge as long as the giant sleeps.  Eventually, the giant is so full of holes (liberties lost) and its hide so bound to stakes (rules and laws) that when it finally awakens, it has little or no power to do anything other than moan.

The sleeping giant is of course Christianity.  It is a massive subdued, ritualistic, apathetic, hireling-infiltrated, spiritually anemic, and heresy-poisoned monstrosity composed mostly of professing Christians who have no concept of true Christianity.  Further they have no interest in theology other than sound-bite explanations of what separates them from other Christian factions.  They have no idea of where their doctrines came from, or the scriptural paths that produced them.   All is well if they can only “go to church” under a specific title, hear a sermon, and go home.

The millennials with their mega-churches and New Age “church” have a worse problem.  They believe they have superior Christianity because they have shaken off the old garments of traditionalism and are breathing the fumes of Spiritual Formation.  Wrong.  They only poured old contaminated wine in new wine skins.  It is still about maintaining a status quo.

What they all fail to realize is that “going to church” will be the last Christian indulgence to be banished.  At the moment, they can “go” all they want as long as they don’t attempt to “do” anything Christ-like in society.  While that status quo is maintained, a furious attack on “doers” is underway.  The “hearers-only” placidly look the other way.

I believe that when the time comes to drive a wooden stake in the heart of the giant, the “hearers only” will applaud the decision.  The reason?  Because Christianity will be replaced with an ecumenical world religion that will eliminate any threat to their status quo.  The government will slide out the old, battered, and heresy-fragmented shell of Christianity, and slip in place a new, human-centered, ecumenical religion benign to culture, atheism, and all else that opposes righteousness.  It will preserve their “church-going” indulgence.  The millennials with their Seeker-Friendly, Emergent, Ecumenical, New Age, New Apostolic, Spiritual Formation, etc., are leading the way and assisting in the process.

When the One-World religion is set in place, the “church-going, hearers-only” folks, clinging to their venerated paradigm, will breathe a bated sigh of relief.  They will not have lost anything.  What will be destroyed they never possessed.  Their ritual was their faith.  It was the crux of their belief system, the sum of their duty to whom they deem as God.  Killing the battered giant will not matter to them anymore than knocking a fish in the head with a stick.

That is why they are so passive today.  There is nothing in their superficial understanding of Christianity that is considered expensive enough to stand up for and defend.  Their pastors could switch present theology for another one on any given Sunday and they would neither recognize nor care.  It’s the status quo that matters.  Come into the building, breeze through a short burst of fellowship, enjoy the “worship” music, endure a short message, relish the mild inebriation of the meeting’s end, rush to the food, and enjoy life with God in the distant background—a paradigm of the church “triumphantly” dead.